Pittsburgh history as told in it's cemeteries

I do a lot of walking around my neighborhood, and one of my favorite places to walk is the nearby Monongahela/All Saints Braddock Catholic cemeteries that span Braddock and Braddock Hills. It is an interesting place to walk, and has an interesting story that reflects the history of Pittsburgh. I even found a personal connection (through Ancestry.com and findagrave.com).

The information here is what I could gather from the Internet, mostly collected by other people who were doing ancestry research. It's two cemeteries now, but it used to be one called Monongahela. Each Catholic church in the area had it's own dedicated section: St. Joseph, St. Thomas, Good Shepherd, etc. In1929, when the cemetery manager asked the Catholic churches to pay for repairing the road that ran through the cemetery, connecting Braddock with Braddock Hills, the churches refused to pay. So, they built a "spite wall" that cut the road off, and created All Saints Braddock Catholic Cemetery. The road was heavily used, and I can imagine how inconvenient it was for residents to go all the way around the cemeteries after the wall was built.

The wall was originally 8 feet high, but at some point it collapsed and is now about 2 feet high, not too difficult to clamber over if you are on foot.

The cemeteries were built on the steep hillside above Braddock, on what was cheap land at the time, so I get a good workout during my walks. I also get a great view. When standing on the highest points of the cemetery, you can see Braddock and the Monongahela valley below.

I found another interesting article about the cemetery that was published in the Spring 1990 issue of Pittsburgh History. It describes how, from the 1880s until the war in 1914, immigrants from Europe came to work the mills in the valley. The preferred sections of the cemetery were already claimed by the older, established English, German, and Irish communities. The people who came later from central, eastern, and southern Europe filled the more obscure lots and steeper slopes. As you walk through the cemetery, you see the timeline "marking successive waves of migrants to the Pittsburgh region."

I can see this timeline clearly as I walked from one section to another. 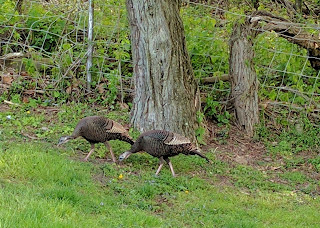 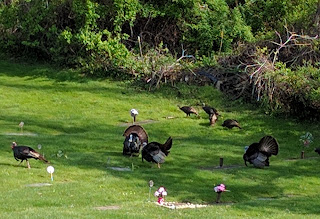 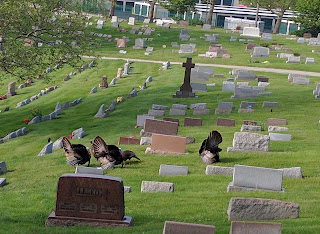 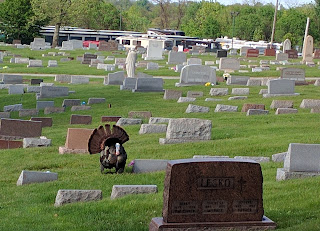 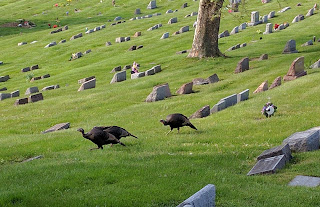 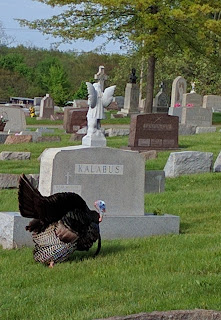 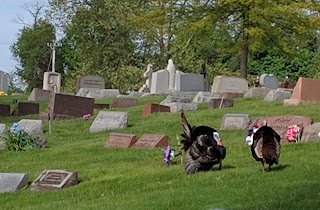