I know it's been a while since my last post. I have lots of catching up to do. You would think that during a lockdown/quarantine - pandemic that I would find the time to blog, but alas...

Anyhow, I just made an ancestry connection with an heirloom in my possession, and I got a little excited about that. 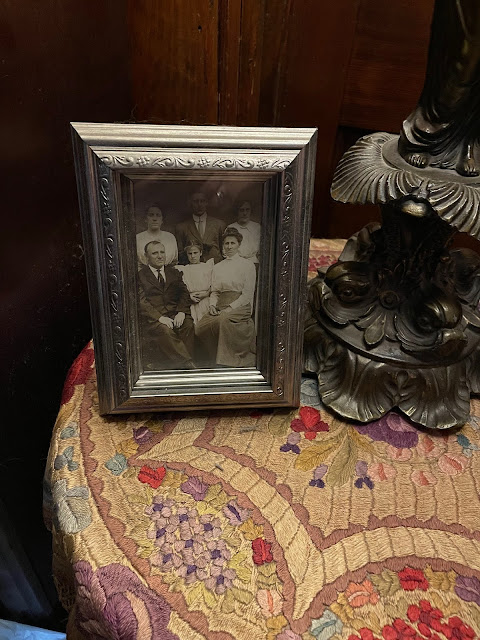 In the photo above, the woman seated on the right is my great great grandmother, Belle Owens, nee Kettering (1863-1946). She was my father's father's mother's mother. Notice how the photo is sitting on a lovely embroidered table cover.

About 20 years ago, my paternal grandmother sent me a box containing this table cover and several other handmade linens, along with a letter describing where they came from - who made what, etc. There are pieces made by my grandmother, and great grandmother, too. I went through that box again today, reread the letter, and discovered that it was Belle who made the brightly colored table topper that you see here, and I finally made the connection with the photo.

At the time, I did not know who she was. I obtained the photo several years later from my Great Aunt Vivian, who had a box of old photos of people in my paternal grandfather's line. Now I can put a face to the handiwork. I do not know when it was made, but I assume it must have been sometime before my grandparents were married, and then it was gifted to them, or handed down, upon their wedding c. 1943.

I've had it on that small round table for years now, and for its age, it still looks beautifully and vibrant. I just can't keep a piece like that in a box. 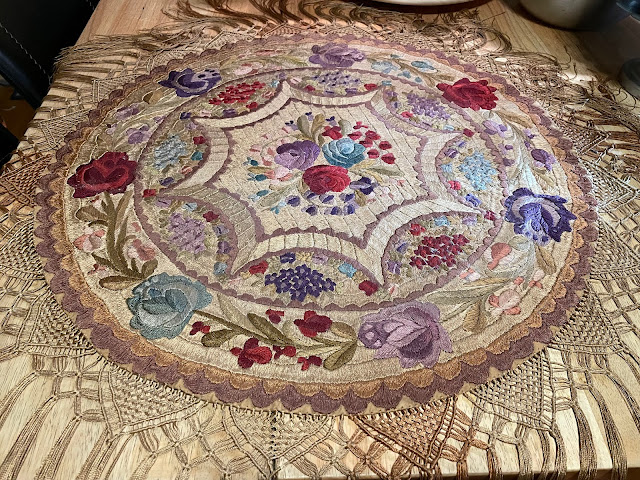