...A fun, relaxing time with my friends. The battles looked like fun. I am told by those fighting that it was a good time. The pix I took are either from the mine or castle battle--I couldn't tell. Either way, it involves obstacles that you have to fight around. I shopped the handful of merchants there. I ended up only buying a new book on Persian illumination, a pair of china flat shoes, and a bindi. I wanted to buy stuff from Father Dun, but managed to escape unscathed. The parties in the evening were a bit lame if you are used to Pennsic. I played my fiddle in front of our bunkhouse to the amusement of the household for a while, and then a bunch of us went in search of a fire and a rythm section. I was greteful for any drummer-types that I could find, but it was a challenge playing with those who were, let's just say, somewhat limited in their capabilities. At least one of the guys we found had just picked the drum up for the first time that day. He was not that bad, considering. The others were just totally not equipped to deal with melody, although they were very enthusiastic for the chance to play with me. I gave direction as best as I could. I taught them how to play and dance the "karsilama," but most of it was over their heads. Anyway, they soaked it up like a sponge. The young dancing girls wanted to worship me. 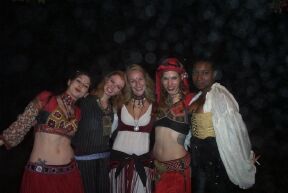 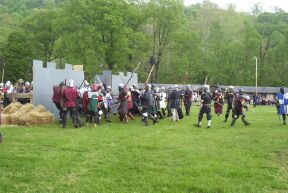 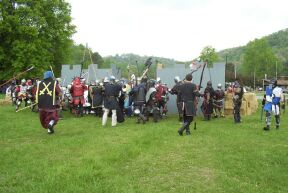 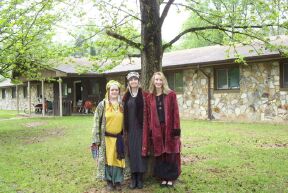 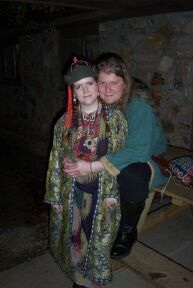